Happy September! If you look up into the brilliant blue sunny sky, you just might see a plane departing Duluth carrying Meteek’s own Cynthia Lapp as she heads this week to the Netherlands. Cynthia is going there to participate in the opening celebration of the Netherlands new nature reserve island, Marker Wadden. 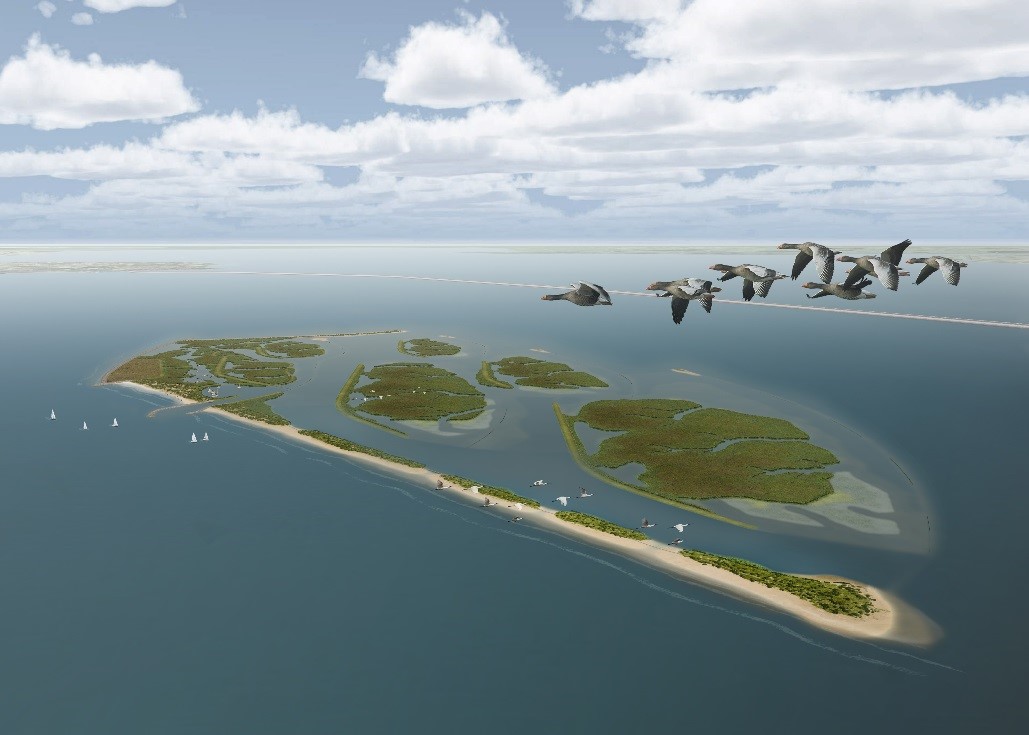 What is the Marker Wadden?

Roel Posthoorn and the Natuurmonumenten (“Nature Monuments”) society developed the concept for the Marker Wadden in an attempt to act on the declining ecological state of the Markermeer. This large lake  was created by the completion of the North Sea Afsluitdijk (“Closure Dike”) in 1932, and the Houtribdijk in 1976.

Constant wave and current action over the years deposited silt into Lake Markermeer. This build-up of silt eventually blocked out both light and oxygen, suffocating plant life and algae, thus making it impossible for aquatic creatures and birds who feed on them to survive in healthy numbers. The barren waters reduced the site’s popularity for bird migration.

In 2012, Cynthia led a group of University of MN students to the Netherlands for a Master of Landscape Architecture and Master of Urban and Regional Planning course. Cynthia and the students worked with Roel Posthoorn developing design ideas to address the issue of improving water quality, while at the same time providing a suitable bird habitat and a recreational site for people. Roel thought it would be a great opportunity for the students to take a design leap into exploring what the dream of the Marker Wadden is, and how it could become reality. 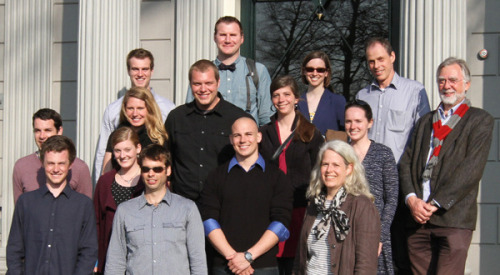 Different student groups continued to work on the Marker Wadden for the following five years.

Celebrating the Dream, Becoming a Reality

This week marks the celebration of vision becoming reality. In a way that’s both ambitious and ingenious, the plan is to continue to use the silt to create the Marker Wadden islands. This will simultaneously clean the water and create a new habitat for all sorts of plant and animal life.

The Marker Wadden islands form a new nature reserve in the Markermeer. The five islands constructed during the first phase cover a total one thousand hectares (a hectare is roughly 2.47 acres). The islands are built from the sediments that accumulated in the Marker late over the past decades. The goal is to eventually expand the island group to 10,000 hectares.

Check out this video below to get an idea of the scope of the project!

The first island of the Marker Wadden is now open to the public. Highlights include the island’s port, hiking trails, bird watching huts and observation tower! That’s worth celebrating!

Good journey, Cynthia! We can’t wait to hear all about your trip!