Some Time to Dream

This week we reconnected with the Duluth Graduate Design Studio, checking in to see what questions and sites the students are tackling in their final phase of the semester. The course is a combination of graduate Architect and Landscape Architect students looking at opportunities and issues that Duluth is facing now and in the next 20-50 years.

There are 17 project teams. Each team presented their preliminary thinking, choice of site/s and reason for why they are focusing on their chosen issue. Many groups cited the ideas and goals stated in presentations of Mayor Ness and other city and Port officials, making good use of the information they gathered during their survey visit in September.

Projects ranged from stormwater mitigation solutions to environmental and entrepreneurial research to trail systems in the Iron Range. 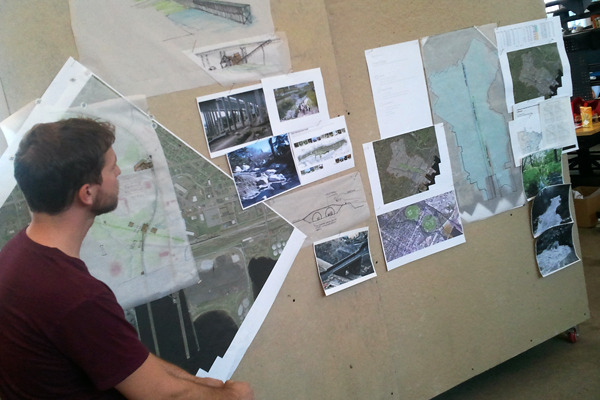 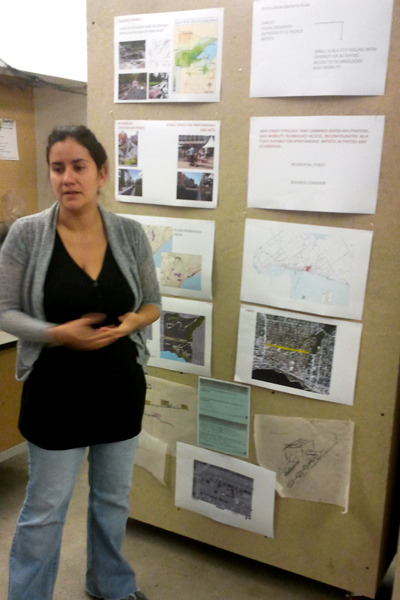 Bob Bruce came down from Duluth to give feedback to the students, and connect them with folks in Duluth with expertise on the topics and sites they are exploring in their designs. Bob is an architect who has been active in Duluth and the region for 30+ years, with experience ranging from the executive director of the Sigurd Olson Environmental Institute at Northland College to head of planning for the City of Duluth. 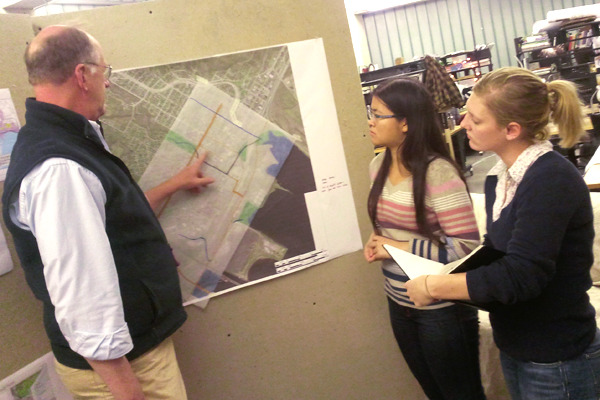 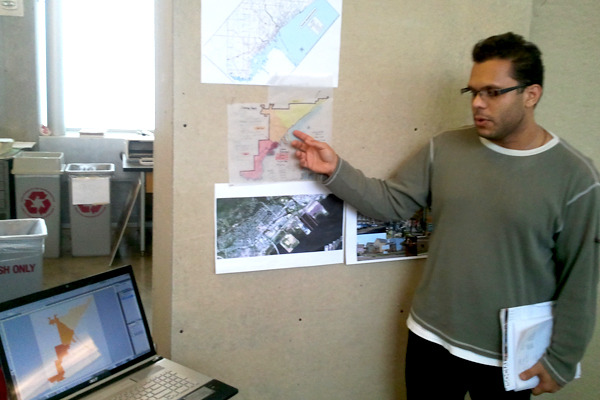 Bob was excited about the opportunity to see new ideas and hear how the students were thinking about Duluth's future.

"Dealing with emergencies and the day to day is essential, but it's not the only thing. You need to take time to position for the future, and think about what you want it to be," Bob explained. "There has to be some time to dream."

The students will be presenting their design concepts at a public event at Clyde Iron Works on Wednesday, December 12 from Noon - 2:00 pm. Come on by to see and hear what the students are dreaming for Duluth. 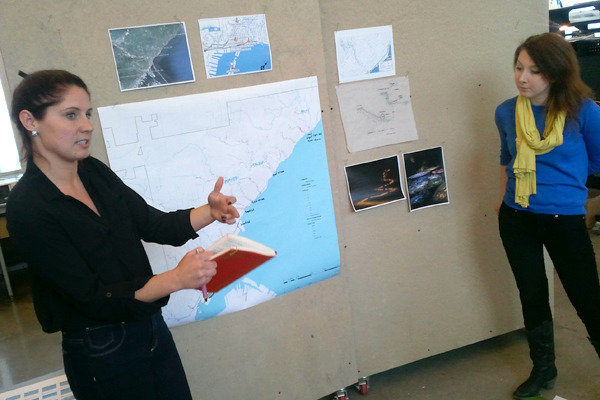 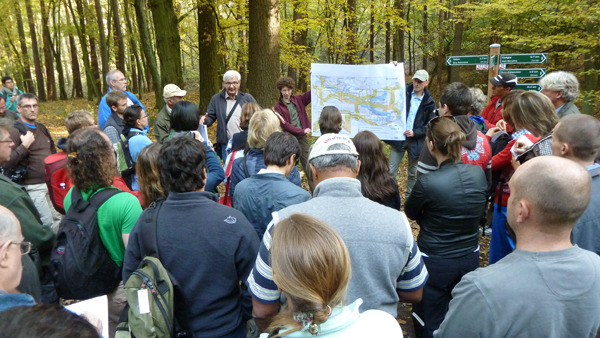 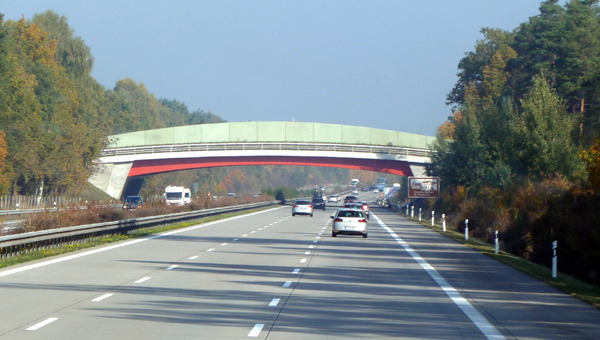 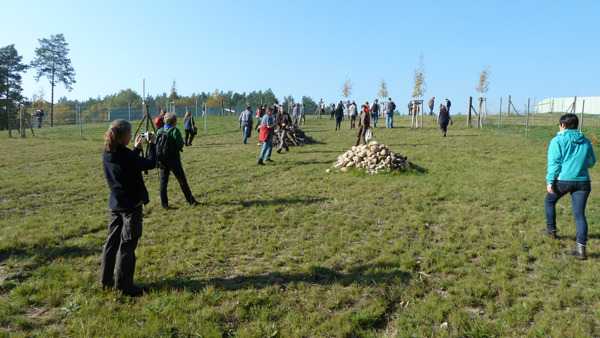 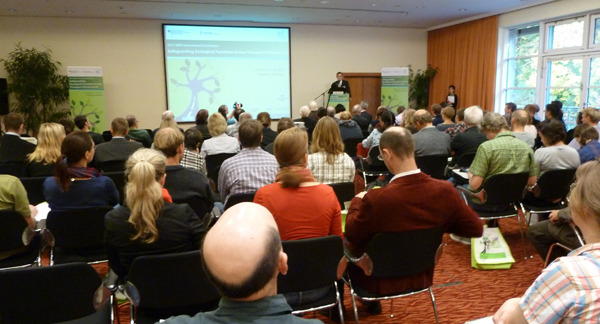 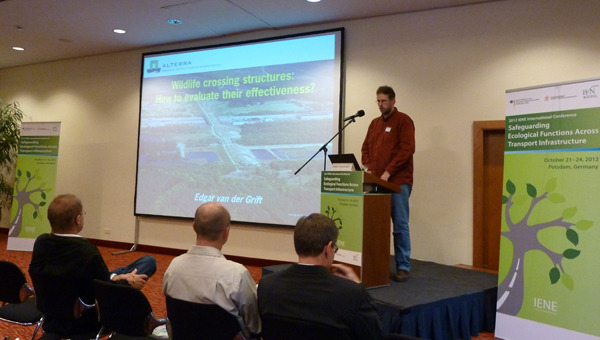 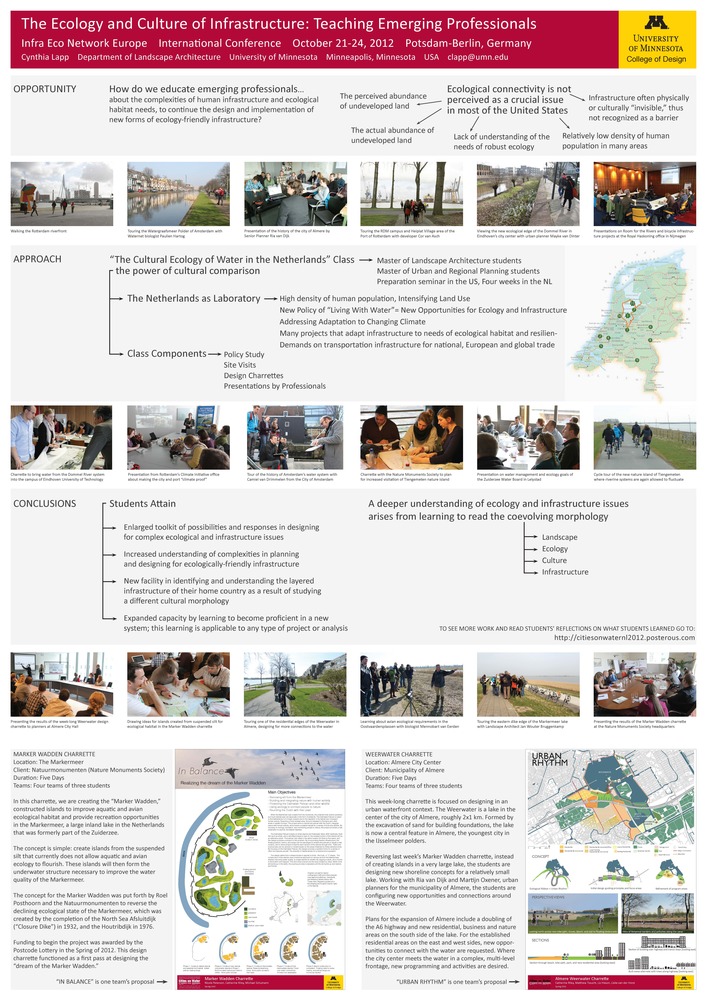 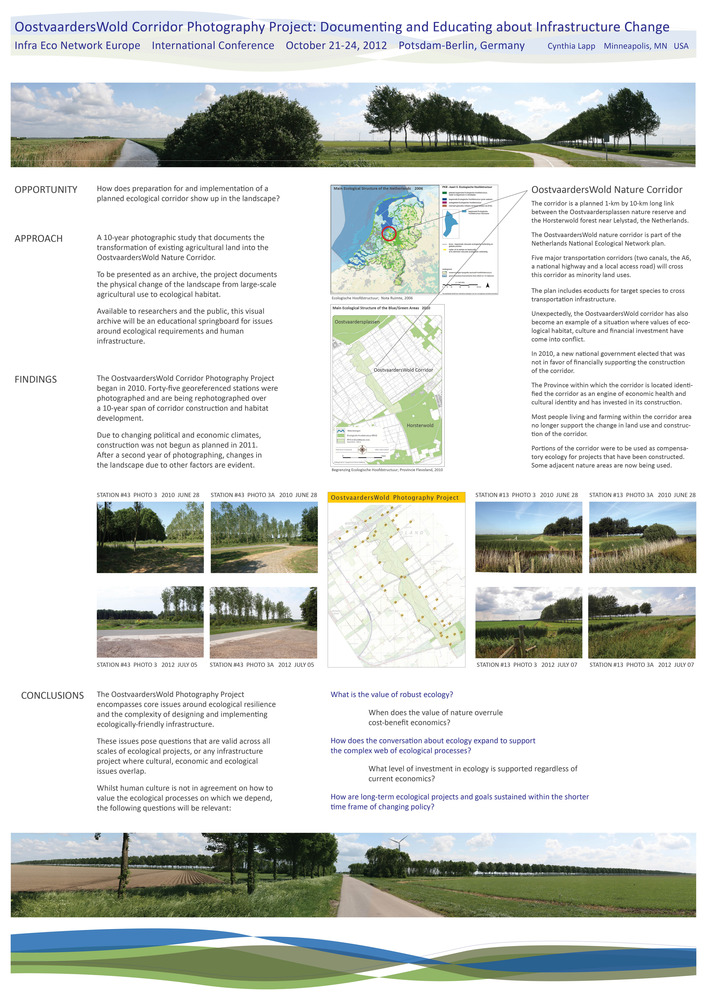 How does Duluth create more resilient physical, economic and social infrastructures? What might Duluth need in the next 20, 50 or 100 years? These are a few of the complex questions a group of graduate students from the UMN Minneapolis campus will address this semsester as they use Duluth as their design focus. 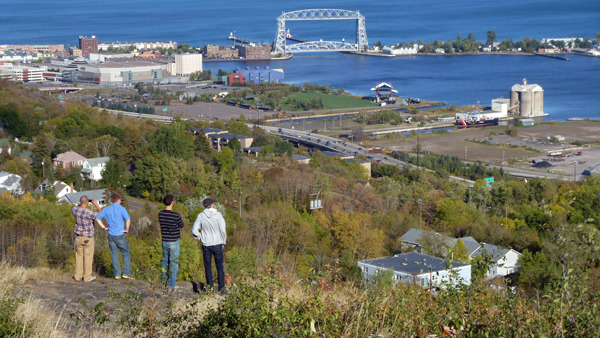 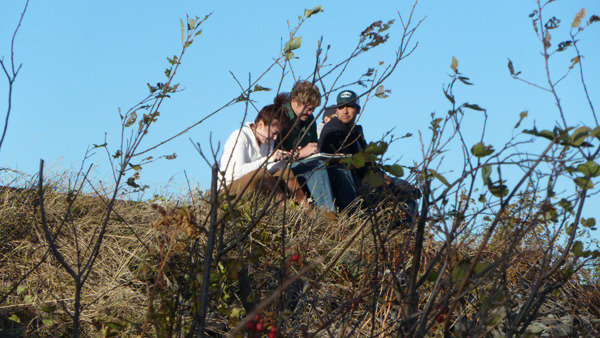 We hosted the group of 36 students and three instructors from Landscape Architecture and Architecture during their three-day visit of the city and environs. They toured the landscape and structure of the city, and heard presentations from the Port Authority, city officials including Mayor Don Ness, UMD campus planning, and about the underlying geomorphology of the area. 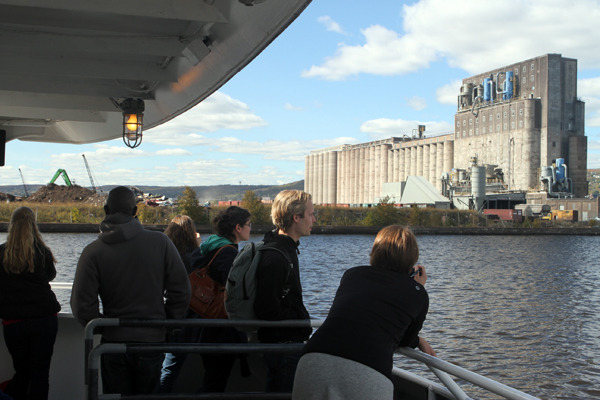 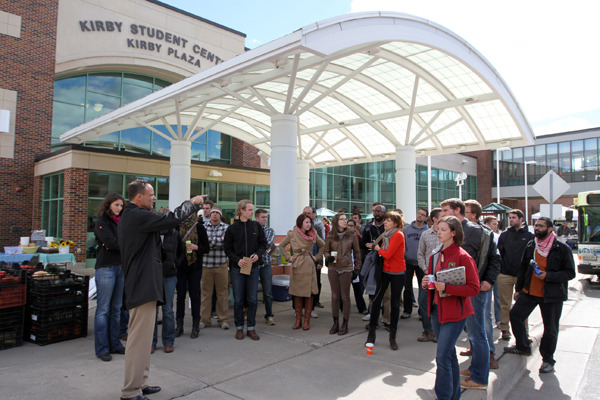 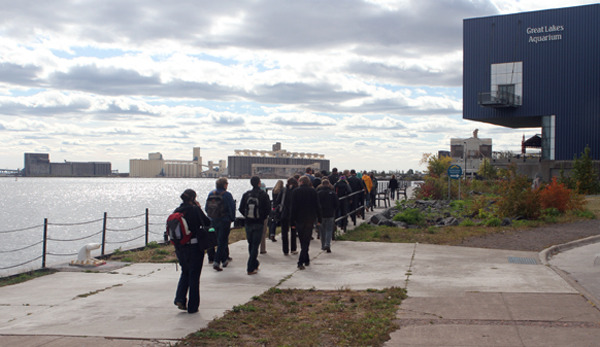 The students have much to think about for their upcoming analysis of Duluth. This information will then be used in teams on selected projects and sites within Duluth, culminating in design presentations at the end of the semester. We are looking forward to seeing what they create! 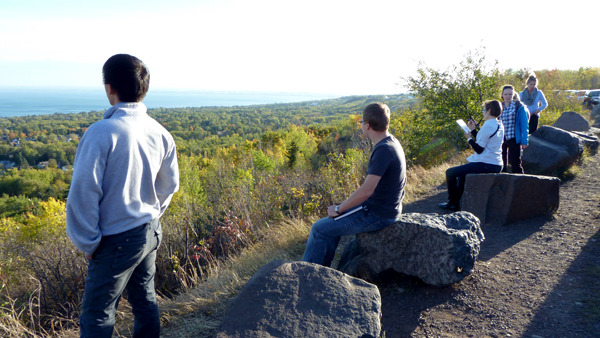 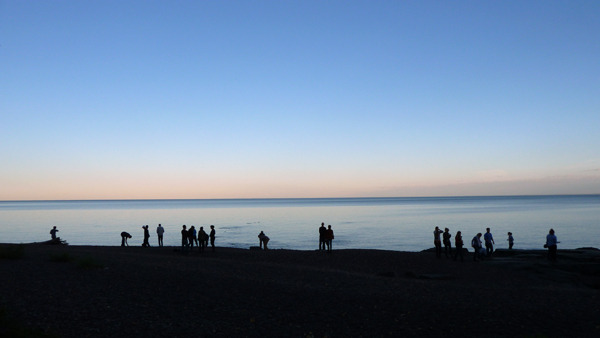 Inspiration in the Netherlands

We just returned from the Netherlands researching materials and visiting manufacturers.

Touring many areas, including old and new towns, we saw ingenious construction details and uses of materials, old and new, that inspired us. 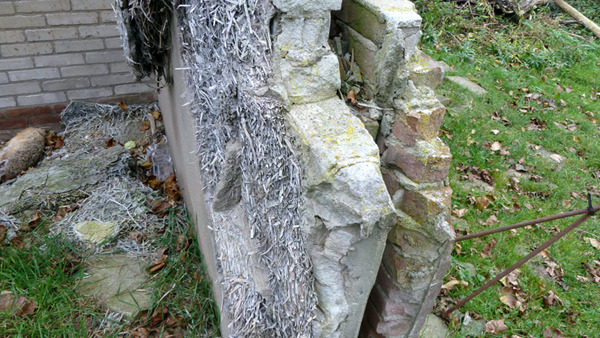 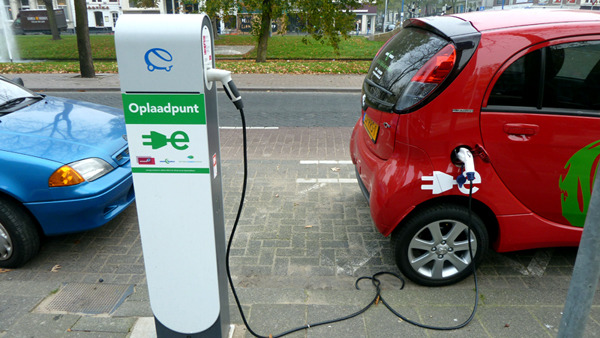 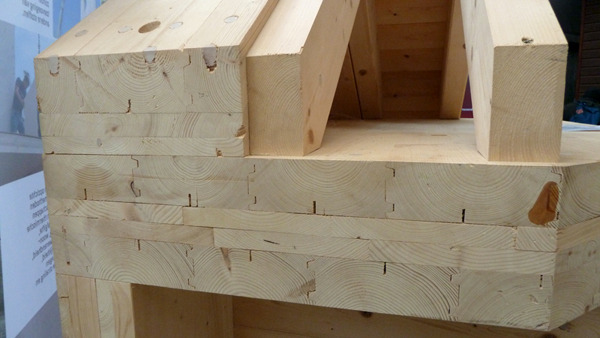 Industrial felt for cafe seating at the RDM campus in Rotterdam 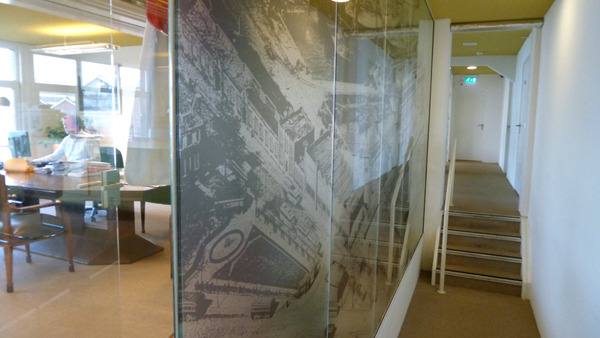 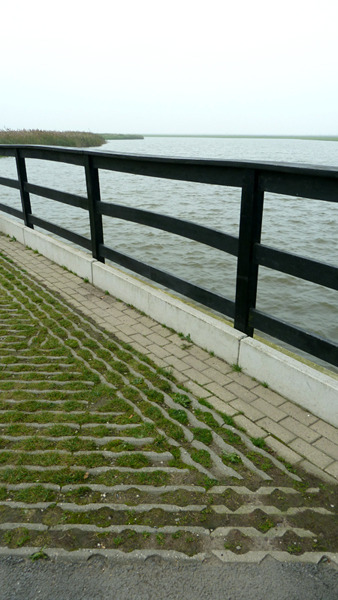 A green roof at the Energate window office in Speyer, Germany 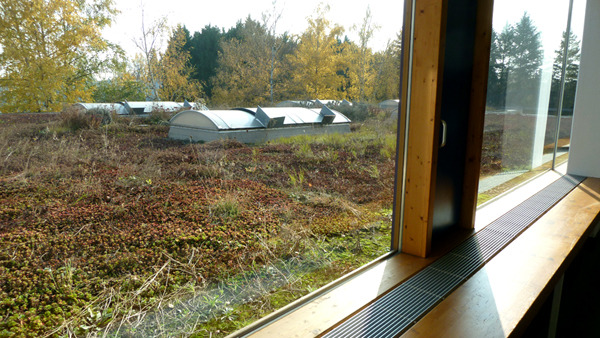 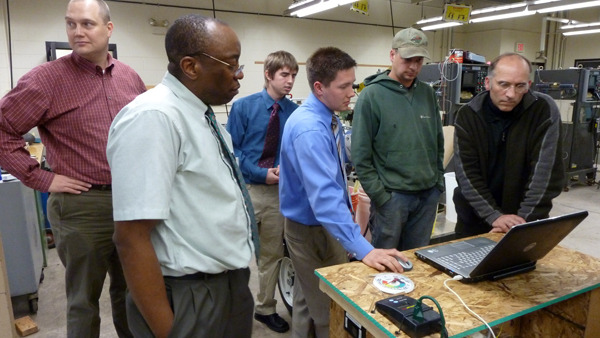 The performance of windows and wall sections has been our focus with projects that we build, remodel, or supply. With an annual temperature variance of at least 120°F,  our climate challenges the best materials on the market. When we can't find a material that will stand up to conditions, we create solutions to fit the job.

Working with five students in Civil Engineering at the University of Minnesota Duluth, Meteek offered the assignment of buidling a "hot box" to test the thermal qualities of window and wall sections, as well as individual materials. These students took the idea and ran, building, wiring and writing the programming for this testing instrument as their combined senior projects. 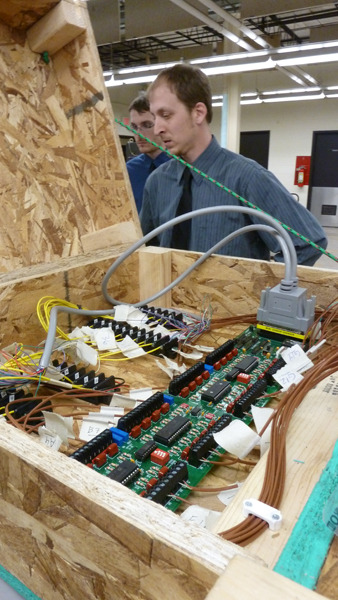 We attended their project presentation this week and were treated to a demonstration. The material to be tested is clamped into place. A program runs a freezer on one side and an oven on the other create the thermocline necessary for the test. Results are recorded for each testing cycle.

A win-win project, the Hot Box was a success for the students who built a "real-life" project for an actual client, and a success for Meteek to continue innovating solutions for our tough climate. Congratulations!